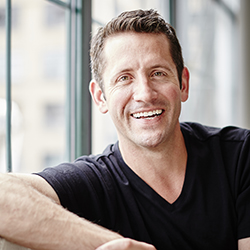 CEO & Chief Dabbler. Jemal manages national operations, strategy and company growth as CEO for Dabble with a focus on expanding Dabble in new markets around the globe as well as securing funding and investment for future growth. Jemal’s enthusiasm for Dabble led him to approach the company about taking on a leadership role in expanding Dabble and then took the reins in July 2014. Jemal dabbles in ultra-marathons, fiddle playing, camping, live music, and has proudly driven in a demolition derby.

In 2011 the Dabble co-founders, Erin & Jess, realized that life was too busy and that their bucket list of things we wanted to try was long. They quit their consulting jobs and built Dabble in two months. They have since moved on to great new things but their vision and passion will always be with us encouraging us to Try Something New.