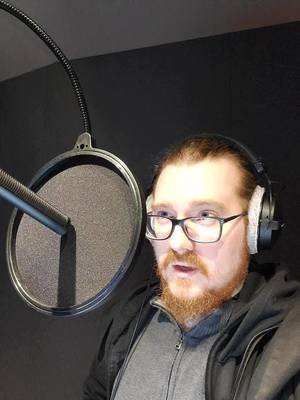 The foundation of any good story, whether narrative or interactive, is the setting it takes place in. Done right, it becomes a living character all it's own.

Take advantage of ten years of my teaching, award-winning game design and novel experience, as we discuss the ins and outs of everything from environment and economics to magic systems and hypertechnology. Together, we can make your world come to life.

What You Can Expect From This Experience

There are currently no upcoming dates scheduled for this Dabble. Log in to an account message the host or add to your bucket list to be automatically notified when new dates are posted.

No upcoming dates. Add to your bucket list to be notified or message host.

BRING IT BACK Favorite

Kevin has been working in a variety of industries for over a decade, including voice over, writing, RPG and game design, occult studies, and more. In that time, he's taught a number of students in each, and has decided it's time to offer the same services in a more public venue. Voice over students receive comprehensive education, not only in the techniques learned from experienced veterans of the industry at Columbia College Chicago (where he was the first Voice Over major and designed the minor which followed), but in industry etiquette, networking, and the little nuances that separate a talented amateur from a professional for hire. From commercials to video games to audiobooks to hobbyists and streamers, there's something for everyone. Writing and game design students learn about the structure of a story, the way to balance detail and action necessary to ensnare the senses of your reader, and how to navigate the sometimes dizzying array of options available in an evolving market. For those who want to mix the two for personal use, learning how to run RPGs yourself is possible, with exploration of campaign design, character details, the weaving of background details and music and props and voices to create a campaign your players will never forget. Occult studies focus on the mythology and actual practice of modern metaphysical traditions. Whether for the sake of learning mythology which lives on to this day, or discovering your own means of tapping into it (including energy manipulation, tarot, enchantment, and much, much more), you'll be learning from a real-life enchanter for hire. Though it's not a promise, promising students may be offered roles in Kevin's projects, including introductions to game designers and studios, auditions for audio productions, and referrals to companies seeking new talent in any of the above arenas (yes, this includes magic studies. You wouldn't believe how booming a business this is.) Looking forward to meeting you all!

***RPG/Game Design***
Has been published in over a dozen RPG books and supplements, including developing Shadowrun Sixth Edition, the award-winning Dark Terrors, and his own debut novel, Crimson. He written books in other areas, such as Gravity for Cavendish Publishing, a companion reader for young science students.

***Voice-Over***
Dozens of commercials all over the world, including the Los Cabos internation tourism campaign, the award winning 5-Gum Truth or Dare, and Morton Salt national. Has also done some work in games, such as Watch_Dogs, and audiobooks (Stone and a Hard Place by RL King).

***Occult***
While occult work is not a place to seek fame (and those who do usually become infamous), Kevin has been working as a practicing professional occult consultant for over a decade, from divination to exorcisms. From family work to one-on-one to corporate clients, he's seen some of the strangest things in one of the most magically active cities in the world, as well as taking on cases in such places as New Orleans for special clients.

If you'd like to learn more about my backstory, I've been interviewed on a number of channels and programs, and would be happy to provide a link to one of them.